Japanese table tennis player Miu Hirano is a World Cup champion, Asian Championships gold medallist, and an Asian Games and World Championships finalist. Hirano is a right-handed counter driver, employing a shakehand grip, and is associated with club Nissay Red Elf as well as the Japanese national team. She is the youngest ever women’s World Cup champion, was the first player not from China to take the title, and was named 2016’s Breakthrough Star of the Year by the International Table Tennis Federation.

Hirano made an early impression at the World Junior Championships, taking team silver at the 2013 tournament in Rabat, and team and doubles silvers at Shanghai the following year. Her first senior international success came in 2014 with a women’s doubles title at the ITTF World Tour German Open alongside fellow Japanese player Mima Ito, and the pair took another title just a month later at the Spanish Open. That year would also see her take an Asian Game silver medal with her teammates, and would end with Hirano and Ito claiming the World Tour Grand Finals title in Bangkok.

Hirano’s first singles World Tour title came at the Polish Open in 2016, and later that year she made history when she took World Cup gold in Philadelphia. At the Asian Championships, Hirano has scored several podium finishes including two team silvers, a doubles silver, and a women’s singles gold in Wuxi in 2017. That year, she also took a singles bronze at the World Championships in Düsseldorf, and would return to the Worlds to claim a team silver the following year. 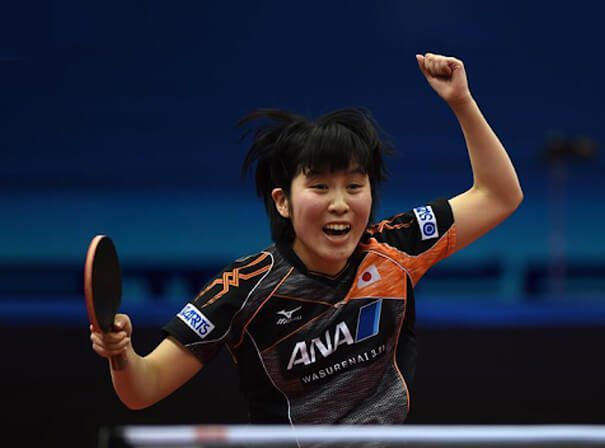