Moya Angela is first and foremost an international broadway singer, but she has also shown her accomplishments as an actress on reality television, and as a teacher. She is best known for her time on America’s Got Talent.

Growing up, Angela was surrounded with a passion for music. She spent her time growing up involved in a number of musical groups, and even attended university for a Music Education degree in the state of Kentucky. She joined and toured with the Counterpoints choir group in 1998 and garnered many accolades, including one symbolic ‘Best Female Singer’ title in a handful of her competitions with the group.

Her young success gave her opportunities for theatrical work, such as successfully securing the role of Rafiki and Shenzi in the Tony award-winning Broadway musical The Lion King. Her remarkable performance gave way to her most notable role of Effie in the Broadway production of DreamGirls.

In 2016 Angela made the decision to show her talents on the iconic television series, America’s Got Talent. She auditioned for their eleventh season of the show, and dazzled not only the audience, but also Simon Cowell and other notorious judges with Pandora’s Box’s “It’s All Coming Back to Me Now.” Angela made it through several rounds, reaching the Quarterfinals, becoming a semi-finalist. In the same year her accolades didn’t stop there, as she received the 2016 LA Ovation Award Winner for Lead Actress in a Musical for Effie, as well as a 2010 NAACP Theatre Award Winner for Lead Actress for the same role. She has also given back to the community by throwing benefit concerts for schools, where all the profits go to a school in need. Angela in recent years has been giving back to the community in educational ways as well. She has become a vocal coach to those in need of a teacher. 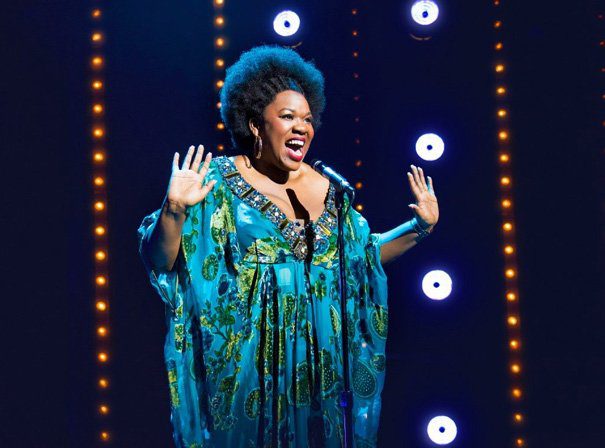