When it comes to adventurous careers, there aren’t many who can say that their experience matches the one-of-a-kind journey of Neal Petersen. A truly unique mix of global investor, award-winning author, and professional solo yachtsman, Petersen is best known for completing a solo yacht race around the world. The race spanned 27,000 miles and took a total of nine months, which Petersen spent alone at sea, traversing the watery terrain in a small yacht which, only adding to his incredible legacy, he designed and built himself. This accomplishment meant that Petersen went down in history as the first black sailor to complete a solo race around the world.
In part, this triumph came about from Petersen’s struggles growing up in South Africa, which he attributes to his ability to progress and succeed even in the most pressured environments. Petersen was the feature subject of PBS documentary No Barriers, which focuses on his journey as the participant who, despite being in the most disadvantaged position, saw the race through to the end. His books, the first named after his philosophic tagline No Barriers and the second titled Journey of a Hope Merchant, chronicle his career in yachting and the lessons he’s learned along the way.
It’s these lessons, along with his wealth of wisdom and the skills he has mastered, that Petersen imparts onto his audience through his talks and presentations. Based around the powerful messages which Petersen has come to live by, he relays his experiences both out at sea and growing up in Apartheid South Africa and uses them to instruct and motivate individuals, teams and organisations. Woven into his messages is a strong practicality, in which Petersen delves into proper and detailed planning, the importance of passion, and overcoming setbacks. 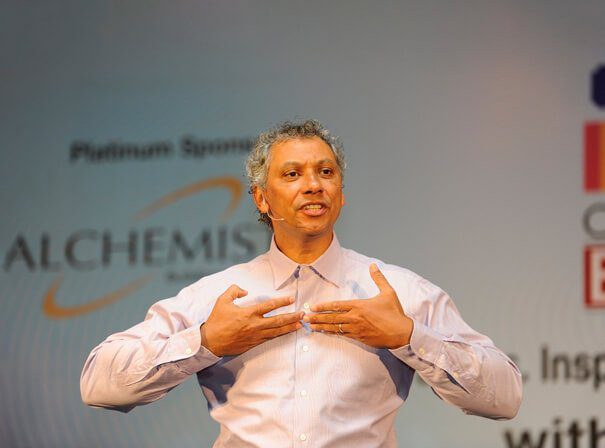