Thai taekwondo practitioner Panipak Wongpattanakit is a two-time World and Asian Champion, an Asian Games title-winner, and an Olympic bronze medallist. Known as ‘Tennis’ to fans, she competes mostly in the -49kg division, where she has been ranked world No. 1 in both the Olympic and World Kyorugi Rankings. In recognition of her extraordinary achievements in her sport, Wongpattanakit was appointed a Companion of The Most Admirable Order of the Direkgunabhorn, a Thai royal decoration.

Prior to her stunning senior career, Wongpattanakit was a star of the junior circuit, picking up a host of Open Tournament medals, and taking gold at the Asian Junior Championships in 2013. The following year she ended her youth career in style, when she won the title at the Youth Olympic Games in Nanjing, and broke new ground at the Asian Championships in Tashkent where she added a senior continental title to her tally.

Over the following seasons, Wongpattanakit’s star continued to rise. She landed bronze at the 2014 Asian Games in Incheon, made her Grand Prix debut in Manchester, and went on to take World Championships gold in Chelyabinsk in 2015. In 2016, she successfully defended her Asian Championships title in Manila, before travelling to the Olympic Games in Rio de Janeiro. Though she lost to eventual winner Kim So-hui, she won both her fights in repechage to take Olympic bronze.

In recent years, Wongpattanakit has scored half a dozen gold medals at the Grand Prix, has claimed Universiade titles in both Italy and Taipei, and took an Asian Games gold in Jakarta in 2018. The athlete has so far won over a dozen gold medals at Open Tournaments, and re-took World Championships gold at Manchester in 2019. Thanks to her WT Olympic Ranking, she automatically qualified for her second Olympic Games in Tokyo. 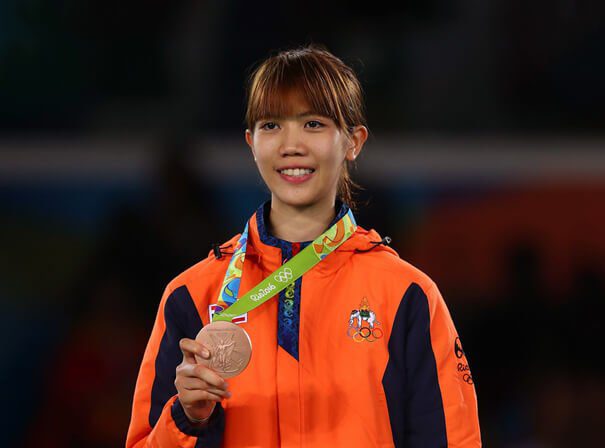