American model, actress, singer, activist, and daughter of the King of Pop, Paris-Michael Katherine Jackson is carving out her own space in the world of entertainment. Signed to IMG Models, who has represented the likes of Karlie Kloss, Gigi and Bella Hadid, Imari, Gisele Bündchen, and Heidi Klum, Paris has appeared on the cover of Rolling Stone, Vogue, Narcisse, Stellar Magazine, and Harper’s Bazaar.

A gifted actress, Jackson has appeared as Rachel Wells on the FOX drama Star, and as Nelly in the 2018 crime-drama Gringo. She’s a popular presence on talk shows and reality TV, having guested on The Oprah Winfrey Show, The X Factor, The Ellen DeGeneres Show, and The Tonight Show Starring Jimmy Fallon. Jackson can also be seen in music videos from The xx, Thirty Seconds to Mars and Steel Panther. A hugely popular presence on social media, her accounts give millions of followers an insight into her high-flying, celebrity lifestyle while promoting causes close to her heart: her Instagram account alone has over 3.5 million followers.

Paris is also a member of The Soundflowers, a band made up of herself and Gabriel Glenn, in which she sings and plays the ukulele. They have performed at several charity events and are currently working in the studio on their debut album. 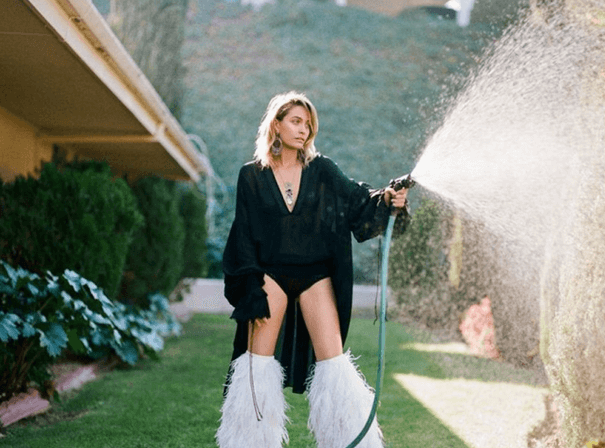