Russian freestyle skier Pavel Krotov is a Europa Cup and World Cup victor, a Winter Olympian, and an FIS World Championships finalist. Known for competing in aerials, Krotov has enjoyed success in both team and individual events, and represents Russia internationally.

Krotov began competing at the Europa Cup in 2009, and within two years he was scoring podium finishes on the circuit. World Cup victory would come first at Mont Gabriel in 2012, and over the following years he climbed the international rankings, reaching the top ten of the end-of-season aerial standings in 2014. His most decorated season yet would come in 2019-20, including a team aerials win at Shimao Lotus Mountain, an individual win in Moscow, and an individual second-place in Krasnoyarsk. He ended the season with a personal best of No. 2 in the World Cup standings.

Krotov made his Olympic debut at Sochi in 2014, impressing in the qualification and reaching the final rounds of the competition. Four years later in Pyeongchang, he would storm through the early rounds, maintaining consistently impressive scores, before narrowly missing out on a medal to finish fourth. His performance confirmed his place in the top flight of men’s aerials competitors on the world stage, and he would confirm this at the 2019 World Championships with another top five finish. With a consistent upwards trajectory, hopes are high that Krotov will continue to make his mark in the seasons to come. 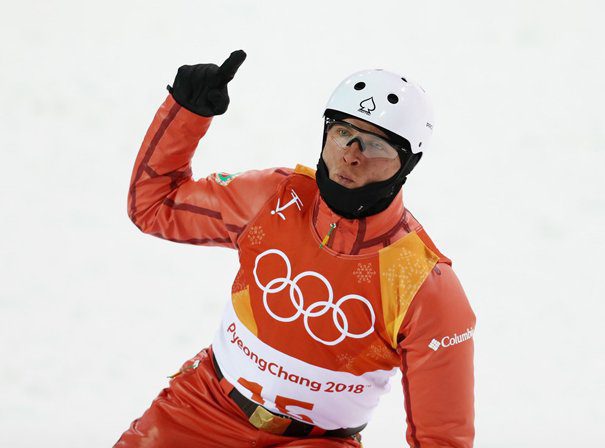