Musician, producer and songwriter Phil Soussan rose to prominence as a member of some of the world’s most notorious rock and roll bands. The bass guitarist has played in bands featuring Edgar Winter, Jimmy Page and Steve Lukather and fronted by legendary vocalists Billy Idol, Ozzy Osbourne, Vince Neil and John Waite. He is a prolific songwriter who has penned numerous hits and albums, notably co-writing Ozzy Osbourne’s smash hit single ‘Shot in the Dark’. An accomplished artist in his own right, his highly acclaimed solo album ‘Vibrate’ and follow up ‘No Protection’ feature several songs that have been included in the soundtrack of numerous feature films. He was inducted in to the RockGodz Hall of Fame in 2017.

Born in London, Soussan got his first guitar on his third birthday and began playing violin when he was 11. He studied classical music until he was introduced to an electric guitar at high school and transitioned to rock. After joining a college band he picked up the bass guitar, and soon left his studies in medicine to join his first legit bands and become a professional musician. Soussan toured Europe with post punk outfit Terminal Rescue before receiving a call from Simon Kirke of Bad Company who needed a bass player for his new band Swan Song, signed to Led Zeppelin’s label.

After Swan Song fizzled out, Soussan received a call from Jimmy Page asking if he would help him put a band together. His work with Page raised his profile as a musician, and he was soon in demand from the likes of Ozzy Osbourne.
Soussan has played in the band Last in Line (formed by former members of the Dio band) since 2016, and continues to tour and create new music. 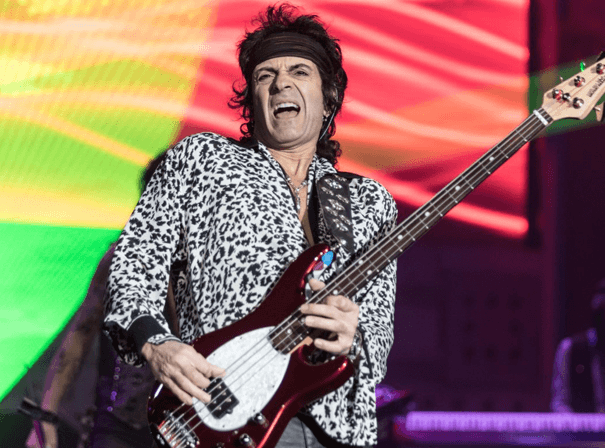