Rachael Adams is an American volleyball player, having played in the 2016 Olympic Games and the 2014 World Championships.

This talented sportswoman was always outstanding throughout her time at high school, going on to receive a scholarship to play at the University of Texas. Whilst there she made it through to the final of the Honda Sports Award and was named as part of the All America First Team in 2011. She started playing as part of Team USA in 2013, winning gold in the same year at the Pan American Cup and the following year winning Best Server at the Montreux Volley Masters. Over the next few years she continued to perform as one of the strongest members of the team, winning gold again at the 2015 Pan American Games and qualifying for the 2016 Olympic Games in Rio de Janeiro. Along with the rest of the USA Women’s Volleyball Team Adams took home a bronze medal and in the same year won gold at the FIVB Volleyball Women’s Club World Championship with Eczacıbaşı VitrA. The wins continued for this expert player, taking home another FIVB World Grand Champions Cup medal in 2017 and yet another gold the following year.

Most recently, Adams has taken home gold at the 2019 Pan American Cup, maintaining her spot on the team and continuing to be a hugely valuable asset to both Team USA and to her current club Aydın Büyükşehir Belediyespor. 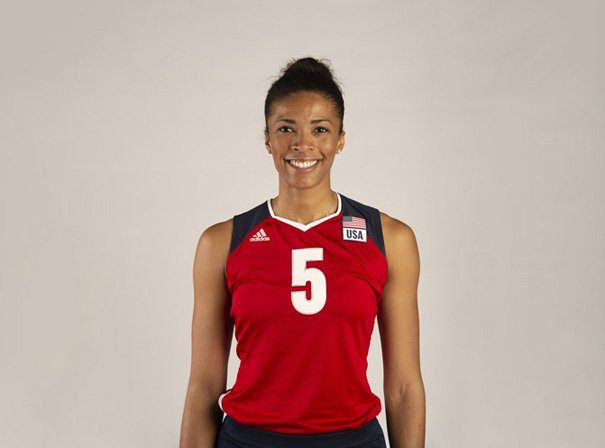