Revaz Davitadze is a Georgian weightlifter that competes internationally for his country. He was born on 16th October 1998 in Tbilisi Georgia and weighs 195 lb, competing in the -89 kg category. From the age of 17 he was showing great promise competing internationally and has been widely celebrated for his achievements in his weightlifting career.

In the 2015 European Youth Championships he was a silver medal winner. At the time he said he had a “good chance” to win gold but his “lack of experience” held him back. In 2017 in Tokyo he claimed two medals including the title of world champion at the Junior World Championships he was first in the 85 kg Snatch. Competing as an adult in the -89 kg category Davitadze achieved a bronze in the 2018 World Championships in Ashgabat and the following year, 2019 in Pattaya he again got a bronze, with a gold in the snatch. He took a gold in the 2018 European Championships in Bucharest in the -85 kg category. 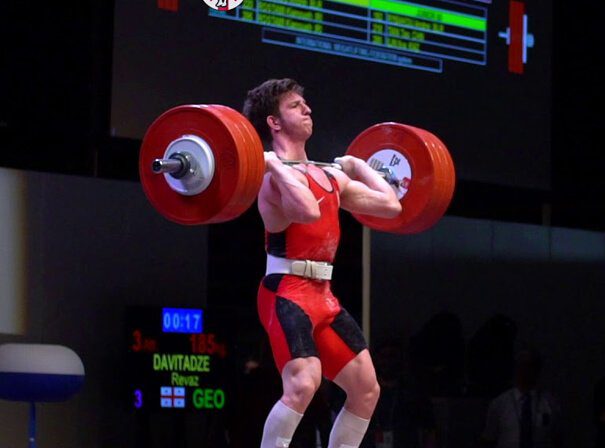