Riker Lynch is an American singer-songwriter and actor who got his big break when he was cast as one of the Dalton Academy Warblers in the second season the era-defining musical comedy show, Glee. He subsequently enjoyed huge musical success for real with his siblings and their best friend in the award-winning pop-rock group R5, whose two albums, Louder and Sometimes Last Night, were both worldwide hits. Since the group split in 2018, Lynch has formed a new band, Ryker & The Beachcombers, who have released a steady stream of singles, including a cover of the ‘70s classic ‘The Pina Colada Song’.

Lynch was born in Colorada in 1991. He and his siblings all wanted to be actors and entertainers from a young age, and they soon formed a nascent version of R5, but aged 16, Lynch upped the ante and decided he wanted to relocate to Los Angeles to pursue an acting career. Incredibly, his parents duly relocated the whole family to LA, and within a year, Lynch had been cast in Glee, a multi-award winning Fox series that inspired a generation of aspiring young dancers. He’d also found a drummer for R5, and the group began posting vlogs and music videos (directed by Lynch) on their YouTube channel. In 2012, they signed to Hollywood Records, releasing their debut album, Louder, the following year. It made the top 25 of the Billboard 200, charted across Europe and Asia, and sold over 150,000 copies.

Now over a decade into his career, Lynch is still maturing as an artist and is looking to reach similar heights with the Beachcombers. 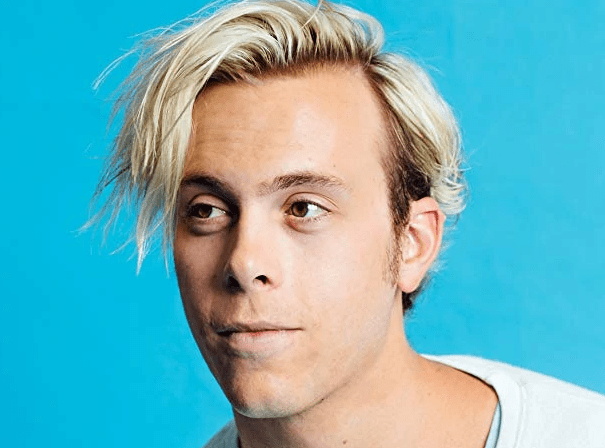