Ron “Bumblefoot” Thal is the stage name for the American guitarist, songwriter and producer – adopting the nickname of a bacterial infection of the same name, which he learnt from his wife’s veterinary exams. Thal went on to produce an album, record label and band name under his stage name, as well as be one of the lead guitarists for legendary band Guns N Roses, performing on their sixth studio album Chinese Democracy. Chinese Democracy is the final studio album from the prestigious band, and was largely considered one the most expensive rock albums ever produced.

Thal has released 10 CD’s and a Live DVD, as well as being the cover feature of GitarPlus magazine, featuring on soveral foreign guitar magazines. Thal has also worked as a producer, engineer, writer, arrange and performer – being involved in all aspects of the music industry – and has written TV Jingles, theme songs and background music. Thal is also known to support various charities including being on the board of directors of the MS Research Foundation, teaming up with CaJohns Fiery Foods to release a brand of hot sauces, with proceeds going to women’s health organizations., the Wildlife Trust of India and Operation Smile. Recently, Thal has been involved with supergroup Sons of Apollo, as well as being guitarist and vocalist for the band Asia. Thal is also interested in teaching, having taught photography and music part time during his music work. 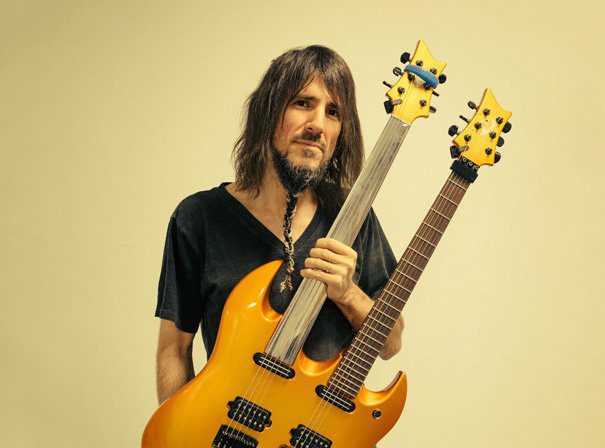