Widely recognised as the most experienced Formula One driver of all time, Rubens Barrichello holds the record for the most Formula One starts with an unbeaten total of 322 started races. He secured 11 Grand Prix wins and 68 podiums, finishing as championship runner up twice and helping Ferrari win five consecutive constructor’s titles in a row. Barrichello has scored the eleventh highest points total in the history of Formula One, and was appointed as chairman of the Grand Prix Drivers’ Association in 2010, a post he held until he left Formula One.

Barrichello began karting when he was aged just 9, and moved to Europe in 1990 where he started racing in the Formula Vauxhall Lotus series, winning the championship in his first year. The following year he beat David Coultard to win the British Formula 3 Championship. Barrichello was quickly snapped up by the Jordan Formula One team in 1993, and a successful rookie year followed where he regularly outpaced his teammates.

In 1994 he survived a crash that nearly ended his career at the San Marino Grand Prix, coming back stronger and with the will to succeed, leaving for the recently formed Stewart Grand Prix in 1996. His racing prowess then went from strength to strength, and he achieved his first Grand Prix in 2000 in Germany after signing up with Ferrari, his impressive victory cementing his place as one of the best wet weather drivers. His success at Ferrari helped the team secure five Constructors’ Championships, and Barrichello also drove Honda, Brawn and Williams before he retired from F1 in 2011.

In addition to his illustrious racing career, Barrichello has covered F1 race weekends for Brazil’s TV Globo, and 2019 will see him compete in the S5000 class in Australia. 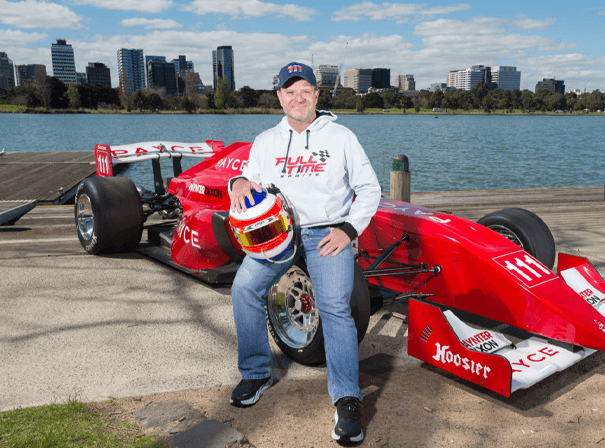