American guitarist Ryan Roxie has enjoyed a long career playing with some of rock’s biggest acts, including Alice Cooper and Slash’s Snakepit. Since 2019, he has hosted a popular weekly podcast called In the Trenches, in which he interviews some of his fellow hard-grafting musicians, going in-depth about their career and their influences. Some of his guests to date have included Joe Satriani, Desmond Child, Rick Nielsen, and Sepultura’s Andreas Kisser.

Roxie’s musical career began back in the mid-1980s with LA rock band Candy, whose debut album, Whatever Happened to Fun, had just been released. They eventually morphed into Electric Angels, releasing an eponymous album (produced by David Bowie cohort Tony Visconti) in 1990. During the 1990s, he began playing guitar for various solo artists, including on four albums by former Candy and Guns’n’Roses guitarist Gilby Clarke. In 1996, he teamed up with glam-rock legend Alice Cooper for the first time and has been part of his band since 1997’s A Fistful of Alice. In 2000, he contributed guitar to Ain’t Life Grand, the second album by Slash’s Snakepit, a band formed by the former Guns’n’Roses guitar icon. 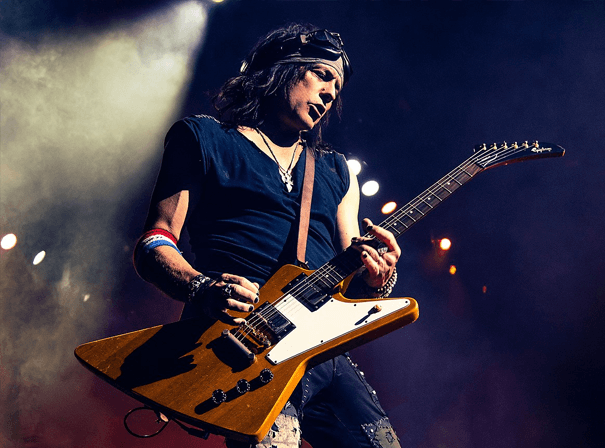