Sarah Essam is an Egyptian Soccerer who has since moved to the UK to pursue her career. She is the first Arab woman to have ever played in the Premier League, and she has proved herself to be an impressive member of her team, Stoke City. She became their top scorer when she joined in 2017, and scored twelve goals over the space of twelve games.

Essam has always been dedicated to her dreams of playing Soccer. From a young age, she trained at Egyptian academies to ensure she was the best of the best. After she was invited to join her local junior team, she became the youngest ever player to join, and she knew she was moving in the right direction. She worked thrice as hard as her teammates and the payoff allowed her to move over to play in the Premier League.

Every team was desperate to have Essam. She received offers to train with multiple teams, including Birmingham, Sunderland and Derby County. However, she chose Stoke City, and alongside her studies of Civil Engineering, she now plays for them professionally. Her hard work was also recognised in the form of awards after she was given the 2018 Arab Woman of the Year: Achievement in Sport award. She hopes to inspire other Soccerers back home in Egypt to reach the heights that she has.

Essam’s inspiring rise to the top hasn’t gone unnoticed. She now has a large online following with over seventeen thousand Instagram followers and a further fourteen thousand on Twitter. 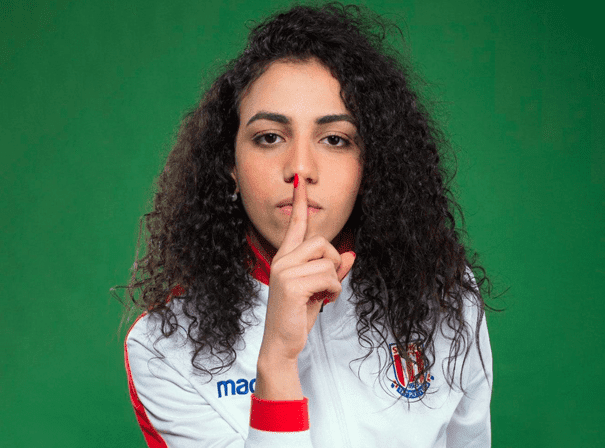