Former international cricket player Shane Warne, who was widely considered one of the greatest bowlers in the history of the game is now an Australian cricket commentator. His wealth of experience which includes Captaining the Australian National Team, as well as playing domestically, makes him a trusted and insightful commentator. In 1994, Warne was named one of the Wisden Cricketers of the Year and in 1997 he became the Wisden Leading Cricketer in the World.

Warne’s debut test match was in 1992 and since then he has obtained over 1000 international wickets, 708 of which were Test wickets, making history as the most wickets taken by any bowler in Test cricket. He is also the only cricketer to have accrued more than 3000 Test runs without a career century. As well as his international feats, Warne played cricket domestically for Victoria in Australia, as well as Hampshire, the latter of which he was a captain for three seasons. In 2008 he played in the Indian Premier League for the Rajasthan Royals. He served as both captain and coach and led his team to victory against the Chennai Super Kings in 2008.

Warne’s cricket triumphs have led to enviable accolades, such as being named Australia’s “best Ashes XI in the last forty years” and an “all-time Test World XI.” More recently, in 2018, Wayne was selected as the Rajasthan Royal’s Team Mentor for the 2018 Indian Premier League. 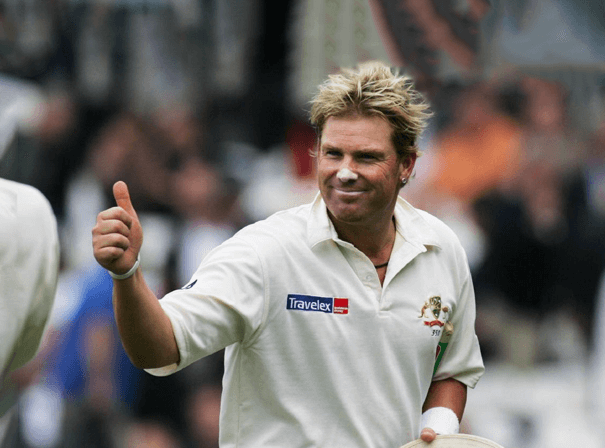