Robert Frederick Zenon Geldof, better known as Bob Geldof, is surely one of the best known activists in the world. His efforts to address poverty in Africa, particularly in the 1980s, brought him worldwide acclaim, particularly surrounding the infamous Live Aid concerts.

Geldof continues to work as an activist for Africa; a continent about which he has expressed a great deal of affection. Geldof is arguably the foremost communicator of problems facing the African continent, and has received a huge amount of acclaim for bringing problems into public fora.

Before he became a political activist, Geldof was better known as a 1970s pop star. His band, The Boomtown Tats, had several hits in the post-punk musical climate of the time, including Number one singles in the UK with “Rat Trap” and “I Don’t Like Mondays”.

Geldof is also occasional actor, having co-starred in Pink Floyd’s 1982 film Pink Floyd – The Wall as “Pink”. He also had a high-profile marriage to television personality Paula Yates, and was eventually awarded custody of their children.

Geldof was appointed Honorary Knight Commander of the Order of the British Empire (KBE) by Queen Elizabeth II, and his role in helping to alleviate poverty in Africa has made him one of the most famous and recognisable figures in the world. In 2005, he received the Brit Award for Outstanding Contribution to Music. 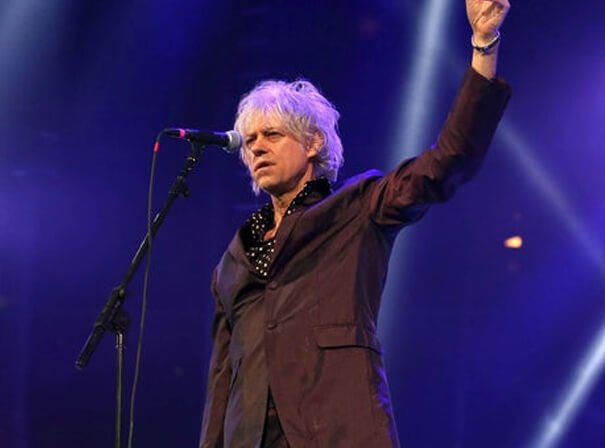