Cleveland was a talented soccer player from a young age, playing throughout his time at Miami Valley High School and going on to be selected to represent Dartmouth College. He had a successful few years at the college, being named as 2015 Ivy League Defensive Player of the Year. In his senior year, he transferred to the University of Louisville for his senior season where he really came into his own, appearing in an impressive 22 games for the Cardinals. In 2017 he was drafted in the Major League Soccer SuperDraft by Chicago Fire, signing with the club and beginning his career on a high. He made his professional debut in the same year for Chicago Fire’s affiliate team the Tulsa Roughnecks, appearing for the first time in Major League Soccer the following year. He saved eight goals in his debut MLS game, quickly building up a reputation for himself as one to watch. Despite being relatively inexperienced, Cleveland is already a highly sought after player, and in 2019 transferred to Seattle Sounders FC who he has played with ever since.

Having already established himself as a strong player and an asset to any side, Cleveland is part of the next generation of top level soccer players, and is already building up a loyal fanbase among spectators and his fellow players. 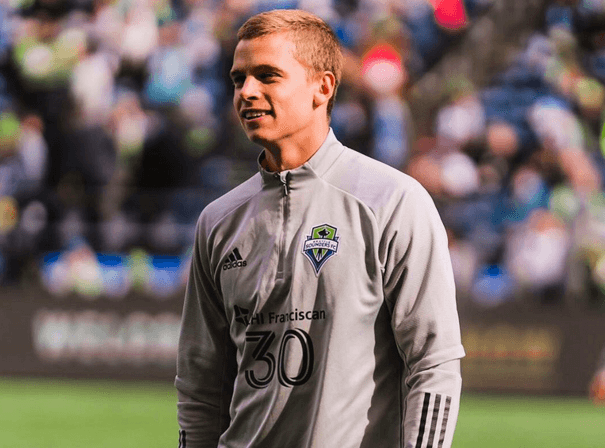