Powerhouse Soccerer Steven Beitashour is one of Colorado Rapids’ most gifted players. With over a decade of MLS experience under his belt, Beitashour is a renowned steady right fullback with an accurate cross. Fresh out of San Diego State University, the San Jose native was drafted by the 2010 MLS SuperDraft. An Iranian-American, Beitashour has played for both Iran and the US throughout his career. With an impressive 2-1 win in his debut for Iran against Thailand, Beitashour quickly made a name for himself as he dominated at the AFC Asian World Cup. Now one of the most sought after players in the game, Beitashour has a long and exciting career ahead of him.

Throughout his illustrious career, Beitashour has had some memorable victories on the pitch. While with the San Jose Earthquakes, he famously led the league with 110 crosses in a season. There he earned the Supporters’ Shield title and dominated at the CONCACAF Champions League, where he helped his team secure the title. During his tenure with the Vancouver Whitecaps, Beitashour excelled as he claimed the MLS All-Star Game title and Cascadia Cup against the Seattle Sounders. From there, Beitashour would raise his game with Toronto FC and win the 2017 MLS Cup for the first time in the club’s history before joining Los Angeles FC. During his remarkable season with LAFC, Beitashour won the club’s first major victory with the Supporters’ Shield. Now shaking things up with the Colorado Rapids, Beitashour is sure to leave a lasting impression on fans and commentators alike. 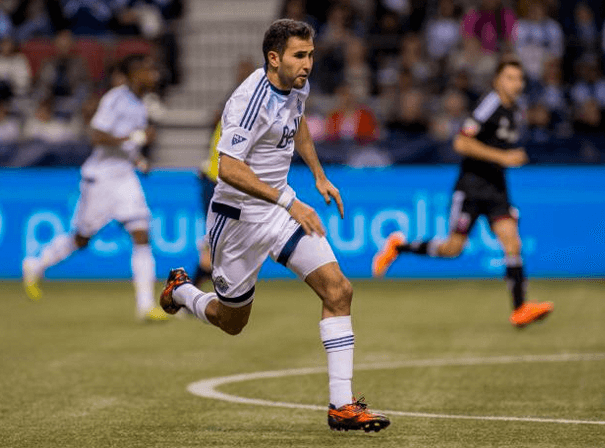