Tanoh Kpassagnon is NFL defensive end who currently plays for the New Orleans Saints. He attended Villanova University and was taken in the second round of the 2017 NFL Draft by the Kansas City Chiefs. Kpassagnon was the seventh defensive end chosen. The Kansas City Chiefs signed Kpassagnon to a four-year, $4.32 million contract in June 2017, with $1.94 million guaranteed and a $1.32 million signing bonus. Throughout the subsequent pre-season, he competed with Rakeem Nuez-Roches, Jarvis Jenkins, Allen Bailey, and David King for the vacant starting defensive end position created by Jaye Howard’s departure. After displaying versatility and freakish agility, head coach Andy Reid assigned Kpassagnon to an edge rusher role that allowed him to play outside linebacker, defensive end, and defensive tackle.

With the division title and fourth seed secured, Chiefs head coach Andy Reid rested the most of his starters on December 31, 2017, giving Kpassagnon his first career start against the Denver Broncos. During the 27–24 triumph, he had seven combined tackles and two sacks. A 35–24 triumph over the Tennessee Titans in the AFC Championship Game in January 2020 saw Kpassagnon sack quarterback Ryan Tannehill twice. The Chiefs went on to Super Bowl LIV and won their first title in 50 years after defeating the 49ers 31–20.

Kpassagnon deflected a possible game-tying field goal attempt by Younghoe Koo to seal a 17–14 win for the Chiefs in Week 16 of the 2020 season against the Atlanta Falcons. He had 28 total tackles, one sack, and three passes defensed by the end of that season. On March 29, 2021, Kpassagnon signed a two-year contract with the New Orleans Saints. He keeps up with his fans on Instagram, where he boasts over 20,000 followers. 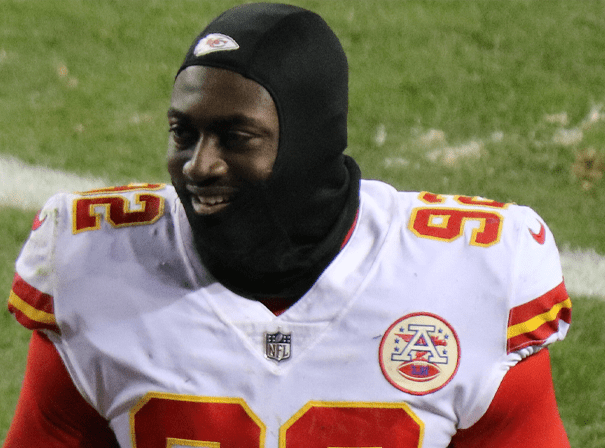