Tanya Burr has been a YouTuber for over a decade, posting fashion and makeup videos to her channel, and has recently launched an acting career.

Originally from Norwich, Burr trained as a makeup artist before working at the beauty counter in iconic department store Jarrold’s. Whilst working there she launched her YouTube channel with a focus on recreating celebrity makeup looks. She quickly realised she had a talent for making videos and has since branched out into fashion, beauty, lifestyle, styling and even recipe videos. Her channel now has over 3 million subscribers with a further 3 million followers on her Instagram page too. As the original influencer and a YouTube legend, its no surprise that Burr has been featured in publications and magazines including The Sunday Telegraph’s Stella, Glamour UK, Stylist and Rollacoaster. She has also been snapped up to work with countless brands such as Dior, Olay, Mango, Missoma, Nars and Spotify and works as an ambassador for the United Nations High Commissioner for Refugees. As well as online content, Burr has written three books including Tanya’s Christmas and cookbook Tanya Bakes.

Most recently, Burr has been focusing on her acting career with a part in short film Disconnect and Sky series Bulletproof. She’s also starred in film Hurt by Paradise and Holby City, as well as on stage as the lead role in Confidence. Burr’s career continues to go from strength to strength with her new beauty and skincare range Authored. 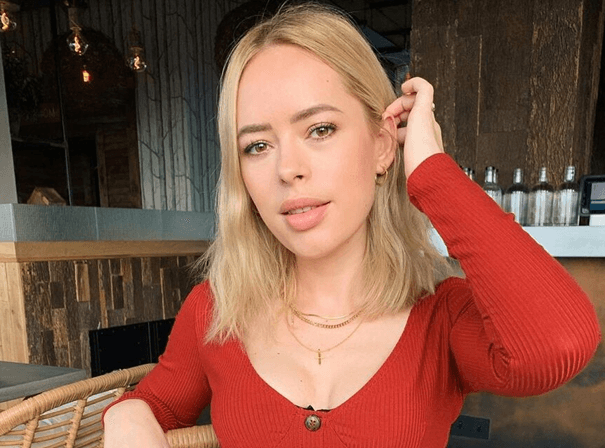