Terry McMillen is the team owner of Hoosier Thunder Motorsports, a multi-car drag racing team based in Indiana. McMillen has always been a perennial favourite of the NHRA, having competed in a variety of drag racing including Alcohol, Nitro Funny Cars and Top Fuel Dragsters. After gaining the attention of the NHRA Full Throttle Drag Racing series, McMillen began racing full time, just getting to compete in the Countdown to the Championship. McMillen’s team has entered the final race before the countdown just 20 points behind Connie Kallita’s car driven by Dave Grubuic.

McMillen has had many achievements including resetting his career best, most recently, with an elapsed time 3.762 @ 325.59 mph at Topeka. The racer has traveled nearly 80,000 miles each year across the US and Canada for races and appearances, signing over 100,000 autographs to a wide range of fans. Currently, McMillen is a driver of the AMALIE® Motor Oil XTERMIGATOR® Top Fuel Dragster, and his team, complete with his trusty crocodile shaped car have competed in an incredible amount of races, with his team being close-knit and family like.

McMillen is also a devoted dog fosterer, adopting a variety of dogs and posting about it on his Instagram, where has over 12 thousand followers, where he also posts about his wife and children, who are just as interested in the racing community as McMillen is. 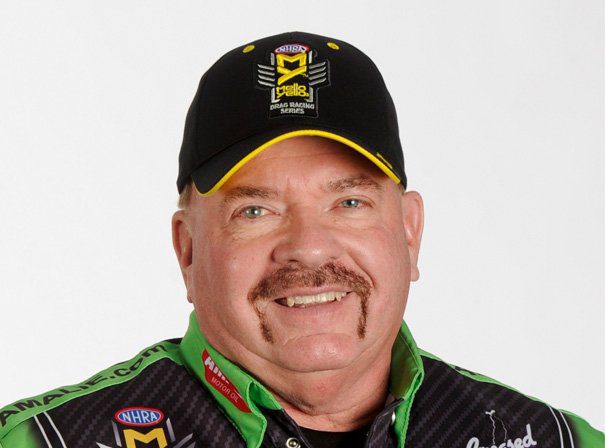