Todd Kalas followed in his fathers impressive footsteps when he decided to become a sportscaster. He is well on his way to becoming just as successful as his old man, Harry Kalas, who was inducted in both the Philadelphia Phillies Hall of Fame and Philadelphia Baseball Wall of Fame.

Born and raised in Houston, Todd moved to New York to attend Syracuse University, from which he graduated in 1988 with a degree in Broadcast Journalism. Straight out of college he worked as sports director for Vision Cable in Tampa Bay, before making his career debut in baseball broadcasting with the Louisville Redbirds in 1991. The following year Todd joined the New York Mets radio broadcasting team where he worked for two years before moving on to the Phillies television broadcasting team. During his time with the team Todd got to work alongside his legendary father and learn from the best.

In 1998 the sportscaster joined the Tampa Bay Rays’ broadcasting team in their inaugural year. During his 18 years with the team, Todd acted as primary pregame and postgame host as well as ingame reporter, working on both FOX Sports Florida and Sun Sports. 2016 saw Todd move from his long standing team to work with his hometown team, the Houston Astros. He is currently their play-by-play announcer on AT&T SportsNet Southwest. In the offseason Todd acts as play-by-play announcer on Cox Sports Television in Louisiana for college football, basketball and baseball. He is also on the basketball radio broadcasting team for the University of South Florida. 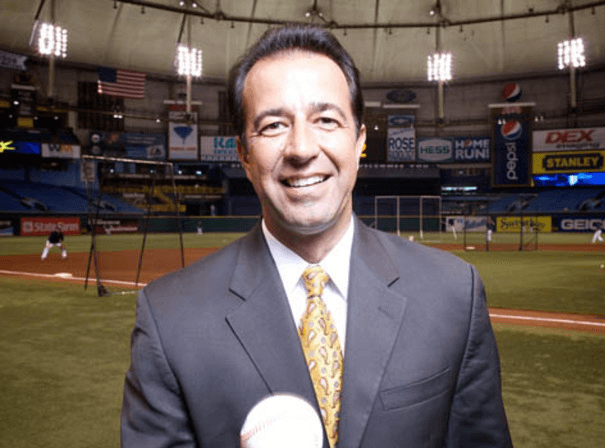