For over 30 years, Tom Calhoun has been the PA announcer for National Hockley League team the St. Louis Blues. He has also done the same job for local baseball team the Gateway Grizzlies for nearly 20 years. One of the most respected broadcasting voices in St. Louis, he is also a Professor of Mass Communications at Southwestern Illinois College and is the owner of Tom Calhoun Studios, where he narrates audiobooks and provides voiceovers for commercial projects.

Perhaps unsurprisingly, Calhoun’s media career has always been based in his native Missouri. Back at the dawn of the 1970s, he studied at Lindenwood University in St. Charles, graduating with a Bachelor’s degree in Mass Communications — he would later return to gain his Master’s degree in the same subject. His reputation as one of Missouri’s most recognisable voices began in 1987 when he joined NHL side the St. Louis Blues as their PA announcer, a position he proudly maintains to this day — at one point, he had announced at 1,500 consecutive home games. He joined the then-recently-formed Gateway Grizzlies minor league baseball team in 2003, proving himself equally adept at commentating on pitches and home runs.

Calhoun also has plenty of radio experience. When St. Louis station KTRS began broadcasting in 1996, he joined the station as one of their original hosts, staying with them for eight years. He then spent several years hosting shows and anchoring the news for KMOX Radio: The Voice of St. Louis. He also spent five years at his old alma mater, Lindenwood, as a professor and director of radio operations. 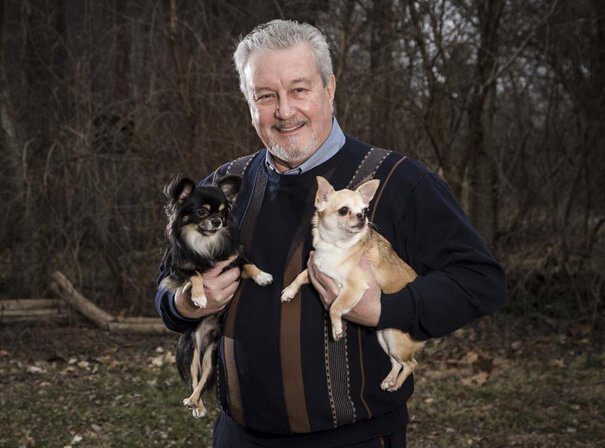