When Australians want an opinion on sports, one of the first people they look to is Tony Squires. Across television, radio, and print media, he has become a much-loved and highly-respected sports journalist and author. To the general public, he is best known as the presenter of Back Page Live, a long-running panel discussion show looking at the latest news from sports around the world. Squires has hosted the show since its inception, helming over 1000 episodes. On the corporate speaking circuit, he is never out of demand as a master of ceremonies, keynote speaker, or quizmaster.

Squires’s background is in journalism. In the early 1980s he worked as a writer for the Newcastle Morning Herald in his native New South Wales. His break into the world of television came with a live show on Foxtel, Inside the Arena, which essentially involved Squires sat in a comfy chair talking about television. He reached a wider audience in 2000 with The Fat, a sports-based talk show for national broadcaster ABC. The show ran for four seasons and was so popular that its initial runtime of 30 minutes was doubled and then tripled. When it folded, Squires was snapped up by the rival Seven Network to host a new show, 110% Tony Squires.

Having worked in local radio earlier in his career, Squires, along with Rebecca Wilson, his co-host from The Fat, was signed by Vega 95.3 Sydney in 2005 to host their drivetime show. In 2010, he joined Triple M and has hosted a number of programmes for them, including Sunday morning rugby show The Grapple. 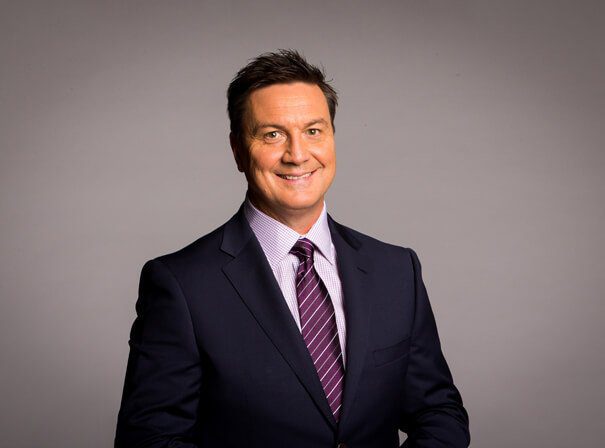