In 2007, Adventurer and public speaker Tori James was renowned for becoming the youngest British woman to climb Mount Everest at just 25 years old. James has also starred in the BBC Documentary On Top of the World and written ‘Peak Performance’ continuously inspiring us with the details of her her extraordinary record-breaking climb.

James grew up on a farm in Pembrokeshire, a location that undoubtedly manifested her huge desire to explore the outside. Being exposed to all kinds of weather, she gained a passion for extreme adventure in subzero temperatures. After studying Geography at Royal Holloway University, she gained employment at London’s British Exploring at the Royal Geographical Society. Surrounded by like-minded adventurers, James and her team developed an aspiration to make history.

James was part of a team called The Pink Lady PoleCats, completing the Polar Challenge which consisted of a 360 mile race to the Magnetic North Pole, across territory shared by polar bears and dangerously low temperatures of -40 degrees. Two years later saw James’ Mount Everest Feat and three years later she cycled the length of New Zealand.

In 2014 James was honoured with a ‘Points of Light’ Award from the Prime Minister for her exceptional volunteering during the previous decade. James is also an ambassador for the Duke of Edinburgh Award in Wales and has also attended the Gold Award Presentations at St James’ Palace on countless occasions. 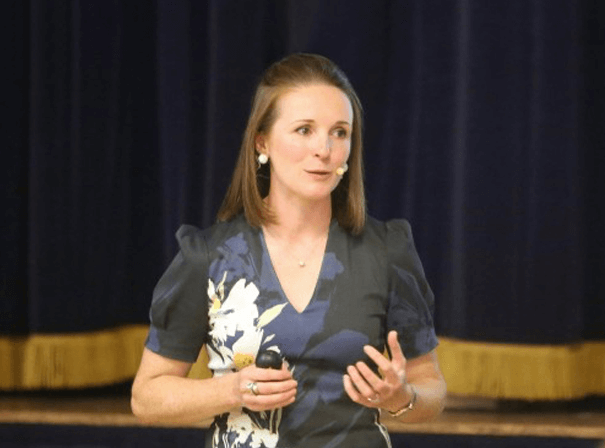