Yovanna Ventura is such a high-profile model that she’s been featured on billboards in Time Square. She’s magic on camera, which is why she has 3.9 million followers on Facebook and 5.3 million on Instagram, to date. Currently, she’s signed to Elite Miami, Wilhelmina London, and Wilhelmina Los Angeles.

In 2017, this New York-based model started her career, and she hasn’t slowed down, since. In addition to her Time Square billboard for Yeezy, she’s been a part of global campaigns for JD Sports, MCM x Puma, and Diesel’s “Ha(u)te Couture”—for the latter, she modeled alongside Nicki Minaj. With this type of resume, it’s no wonder REVOLVE was interested in her being one of their feature models in their #RevolveAroundtheWorld global campaign. Ventura’s traveled internationally to promote REVOLVE over a dozen times, leading the brand to create a capsule collection in Paris for the model, entitled #YovannaxHours.

Ventura’s modeled beyond print and the runway. She’s also been featured in viral music videos, such as “Hawái” by Maluma and “Bella Y Sensual” by Romeo Santos—both of which have achieved 650 million views, respectively. This opened the doors for Ventura to explore acting, as well: she debuted on the small screen as Carissa in the miniseries, The New Edition Story.

As Ventura’s modeling grew in prominence, she worked with ISHINE365 to release her very own swimwear collection, launched during Miami Swim Week. She’s also been brought as a guest on Harper’s BAZAAR popular series, “Go to Bed with Me.” Previous guests include high profile models like Ashley Graham, Nina Dobrev, the Kardashians, and Rihanna, to name a few.

Outside of modeling, Ventura is passionate about wildlife conservation, even serving as an ambassador for the Global Wildlife Foundation. 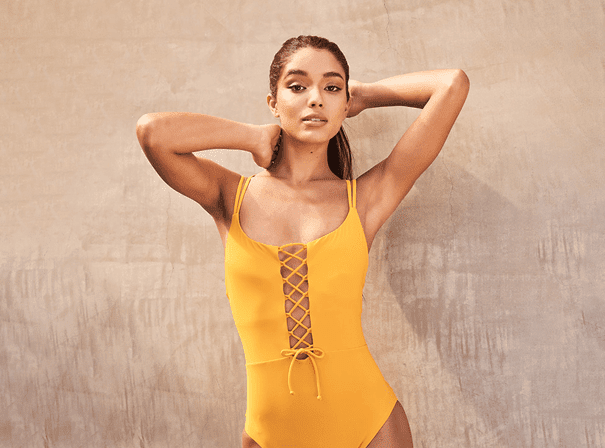