Three time winner of the Asian Cup, Yuling Zhu is a Chinese table tennis player who has been a dominating force in the scene for many years.

Zhu’s career started young, and she learned to play when she was just 5 years old. By the time she was 12 she had made her local team, and moved up to play nationally when she was 15. She won the World Junior Table Tennis Championships twice in 2010 and 2012, before going on to reach the semi-finals of the 2013 World Table Tennis Championships aged 18. Zhu gained notoriety in the sport for winning the Asian Cup a record breaking three consecutive times, taking home the gold in 2017, 2018 and 2019. This meant automatic qualification for the World Cup too, which she won in 2017, as well as taking home the silver medal at the World Championships. Alongside her top level appearances at major events around the world, Zhu has also competed at numerous matches throughout the ITTF World Tour and the World Tour Grand Finals. Highlights include wins at the 2018 World Tour Grand Finals, the 2019 World Tour Hungarian Open and first place at the 2020 ITTF World Tour Platinum German Open.

This world class player has years of experience behind her, and shows no sign of slowing down, as she was recently selected to compete in the 2020 World Team Championships scheduled to be held in Korea. 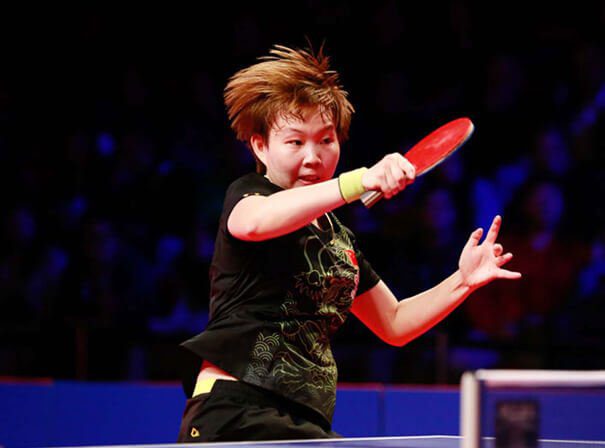