Master of Kata Antonio Diaz is a record-breaking Karate World Champion. As well as an accomplished medal winner at competition level, Diaz also holds a Guinness World Record for the, “most medals won at the World Karate Championship”.

Throughout Diaz’s career, he has become a formidable opponent and a fan favourite athlete. Achieving every goal he sets for himself and embracing his artform in the tatami, has propelled Diaz to become the karate superstar he is today. Ready for his final curtain call of his career, Diaz was about to hang up his robe until he set his sights on the Tokyo Olympic Games. Diaz is a fighter by nature, and in his own words “no one should give up without giving the fight.” Diaz certainly won’t be. For the challengers Diaz meets on the Olympic stage, they will certainly have a fight on their hands. 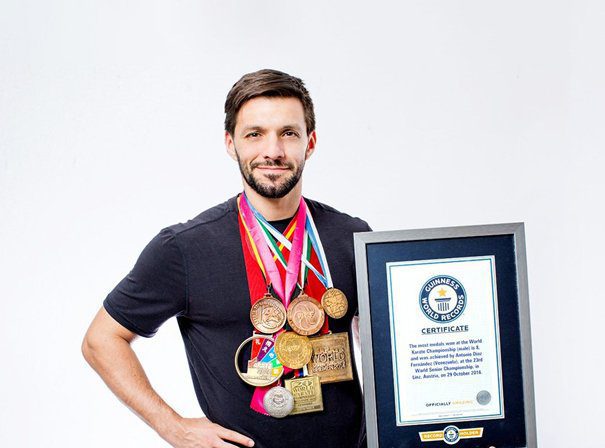