With over 35 victories, including 20 by knockout, throughouthis professional MMA career, ‘Big Ben’ Rothwell has established a reputation asone of the sport’s most fearsome opponents. The 6’4” Wisconsin native hascompeted professionally since the early ‘00s, and while continuing to accruesome of the sport’s highest accolades in the UFC’s Heavyweight division, nowalso dedicates his time to younger fighters after founding an MMA trainingfacility alongside his wife Jen.

Rothwell practiced self-defence and martial arts as ateenager: promising talents from the outset led to his first professional boutin 2001 as part of Miletech Fighting Systems. He soon gained notoriety for histhunderous striking ability, taking just 20 seconds to deliver a brutal knockoutto his first opponent and bringing his subsequent three fights to a dramaticconclusion within two minutes. Following a formative period with InternationalFight League and Affliction, Rothwell graduated to UFC in 2009, where he hassince earned himself two Performance of the Night and one Knockout of the Nightbonus awards following powerful exchanges with top contenders Alistair Overeem,Josh Barnett and Brendan Schaub.

Though Rothwell’s ascendency in the octagon continues, hiscommitment to encouraging and training newcomers to martial arts andself-defence are proof, if it was ever needed, of the undying love he holds forthe sport and its future. 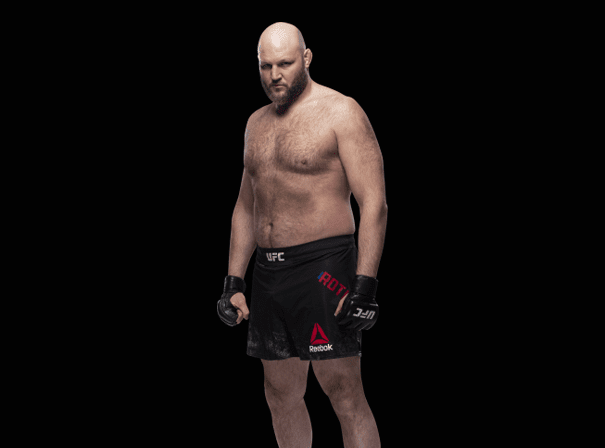