After competing in biathlon for over two decades and securing two Olympic gold medals and two World Championship gold medals, Doll’s insatiable ambition still has him striving for more. Doll had fans gleaming with pride in 2016 after helping Germany secure the silver in the relay at the Oslo World Championships. A year later he won the sprint in Hochfilzwen , becoming victorious yet again. It seemed his double bronze win in Pyeongchang was inevitable after skiing his way into recognition in previous years.

Doll often reflects on the importance of continuously challenging himself, so that he can continue to grow, and turn weaknesses into learning moments that he will eventually conquer. Despite Doll’s time predominantly being filled with training and competing at the top international level, he’s also pursuing a degree in marketing and business management. What’s more, he still manages to make time for his cooking blog ‘Doll’s Kitchen’, with his father who is an Olympic chef. Whatever his hobbies may be, it’s safe to say that with his continued dedication and mature approach, it wouldn’t be a shock if he spent a third decade skiing into victory and topping up his medal collection. 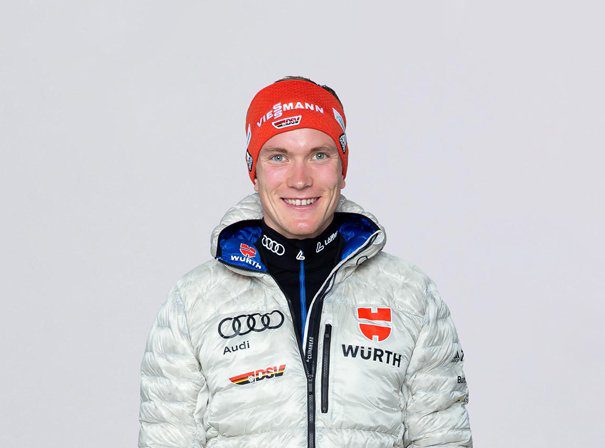