Mexican taekwondo practitioner Briseida Acosta is a Pan American Games and Pan American Championships gold medallist and a World Championships finalist. Competing in the +67kg and +73kg divisions, she has been a consistent presence in the Top 10 of both the Olympic and World Kyorugi Rankings.

Prior to her senior taekwondo career, Acosta was a star of the junior circuit, scoring gold medal wins at the US and Spanish Opens, and taking gold at the 2009 Pan American Junior Championships in San Salvador. She would round of her junior career with a silver medal at the Youth Olympic Games in Singapore, before debuting as a senior and earning a string of victories at Open tournaments in Trelleborg, Las Vegas and Lausanne.

Acosta asserted her position in the upper echelons of her sport when she took silver at the 2013 World Taekwondo Championships in Puebla. She would make her Grand Prix debut the same year, earning her first of several podiums with a bronze medal finish in Manchester. In 2014, she repeated the feat she had achieved five years earlier as a junior, when she claimed the Pan American Championships title in Aguascalientes, and she has since medalled twice more at the event. Acosta earned her second senior Worlds medal when she took bronze in 2019, and the same year added another title to her collection when she won gold at that year’s Pan American Games in Lima. In early 2020, she finished first at her continental Olympic qualification round, earning her a place at the upcoming Olympic Games in Tokyo. 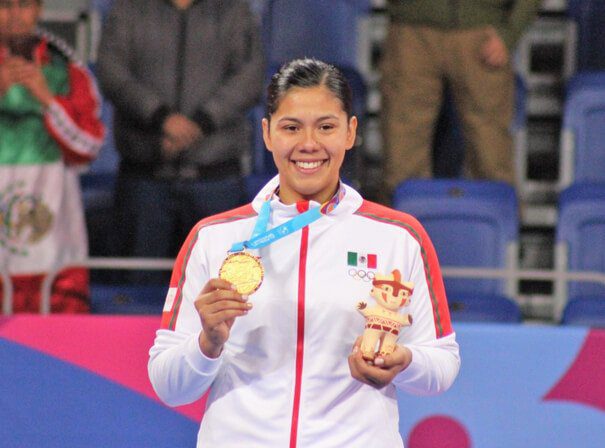