Declan Farmer is an American ice sled hockey star and triple-gold-medal-winning Paralympian, having helped Team USA triumph at the 2014, 2018, and 2022 Games. He also played a crucial role in the USA’s World Championship victories of 2015, 2019, and 2021. His superlative performance at the 2014 Paralympics in Sochi, Russia, saw him named Best Male Athlete with a Disability by ESPN and the Best Male Athlete of the 2014 Games by the International Paralympic Committee.

Farmer was born in November 1997 in Tampa, Florida. A congenital bilateral amputee, he was born without legs. Always interested in sport, he began playing ice sled hockey when he was nine years old and was first chosen to represent his country in the sport in 2012 when he was just 14 years old. At the following year’s World Championships, he made an immediate impression, becoming the team’s top scorer as they finished runners-up. His major breakthrough, however, came with his multi-award-winning performances at the 2014 Paralympics. Team USA took gold, and Farmer was the star of the show.

The team quickly followed up their Paralympic success by winning the 2015 World Championship, a title they lost in 2017 (finishing second), but regained in 2017 and successfully defended in 2021. In Pyeonchang in 2018, they successfully defended their Paralympic title as well (Farmer scoring the winning goal against Canada with just 37 seconds of the final left), and did so yet again in Beijing in early 2022. Meanwhile, Farmer has also graduated from Princeton, one of the most prestigious universities in the world, showing he is an incredibly accomplished all-rounder. 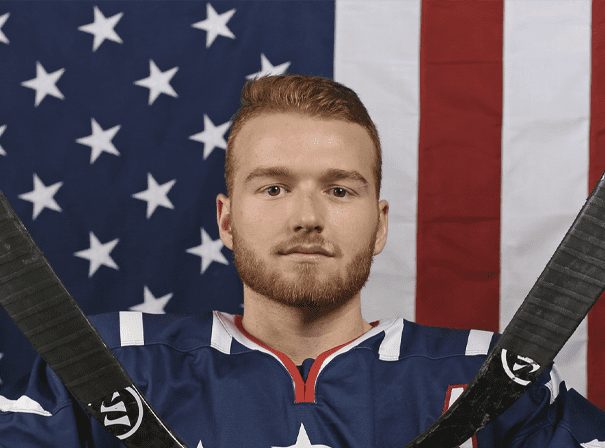