After taking up canoeing at a young age whilst watching her older brother train in the sport, Terčelj now trains with the Kajak kanu klub Ljubljana club. In 2007 she enjoyed her senior international debut, competing in the World cup, held in her home country of Tacen, Slovenia. Since then Terčelj has gone on to enjoy numerous medal wins in slalom canoeing, including an impressive two bronze medals at the ICF Canoe Slalom World Championships in the 2010 and 2013 K1 team events, followed by a gold in 2019. Also a regular participant at the European Championships, Terčelj enjoyed another gold medal win during the K1 team event in Tacen. A renowned athlete, Terčelj qualified to represent Slovenia at the 2012 London Summer Olympic Games, competing in the K1 event, in which she successfully finished in 13th place, making it to the semi-finals. Throughout her sporting career, Terčelj has enjoyed a number of memorable moments including paddling on her favourite course in Bratislava, her performance at the 2008 Junior World Championships and coming first at the 2013 World Cup in Seu d’Urgell, Spain.

When she’s not canoeing, Terčelj enjoys other sports including surfing and mountain biking. She is also a graduate of Bežigrad Grammar School from the University of Ljubljana where she studied Architecture. 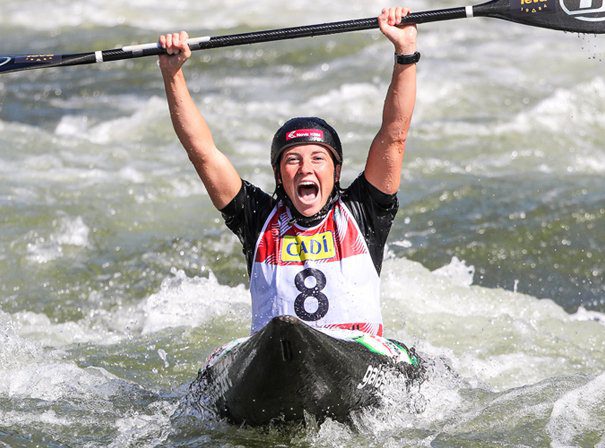