The only four-time world heavyweight champion of the world, boxer Evander Holyfield has etched his name in the history books as one of the greatest boxers of his generation. Receiving legendary status for winning bouts against the world’s most iconic boxers such as defeating George Foreman in the 1991 ‘Battle of the Ages’, winning over Larry Holmes by unanimous decision in 1992 and beating Mike Tyson to reclaim the WBA belt in 1996.

Born in Atmore, Alabama, Holyfield started boxing from age 7and competed in the junior Olympics at age 13. He became Southeastern RegionalChampion when he was 15 years old and received the Best Boxer award in thetournament. He represented the US for the 1983 Pan American Games, coming in 2ndplace and won a bronze medal after a controversial disqualification in 1984.Holyfield became the undisputed heavyweight champion of the world by beatingBuster Douglas, the man who beat Mike Tyson in one of boxing’s greatest upsets.He went on to beat Tyson in two consecutive title defences himself.

Holyfield is a devout Christian and an avid music lover,setting up music label Real Deal Records while featuring in many commercialsfor brands such as Coca Cola, Sega Genesis, Cirtran Corp and carrying theOlympic torch at the 1996 Atlanta Games. The boxer has made several celebrityappearances on shows such as Fresh Prince of Bel Air, Phineas & Ferb,Dancing with the Stars and Celebrity Big Brother. 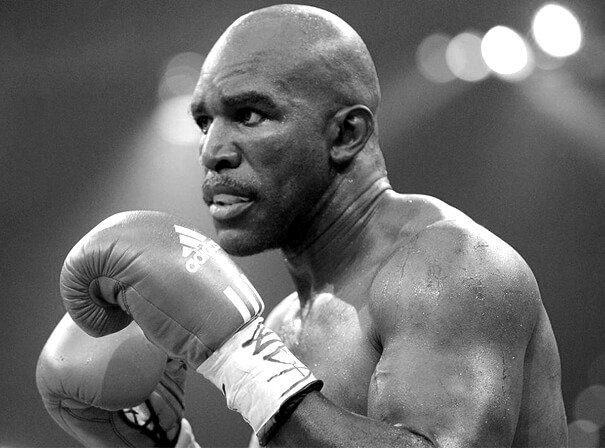