Graham Hicks achieved his proudest success in 2019 when he was crowned Britain’s Strongest Man. For the engineer from Morecambe, Lancashire, the achievement was the pinnacle of a decade of hard graft and training. Since his victory, he hasn’t rested on his laurels, going on to finish 4th in Europe’s Strongest Man 2020 and 10th in the World’s Strongest Man 2020. He actually qualified for the final in the latter, and only a bicep injury prevented him from finishing higher. He did, however, manage to set a new British Log Lifting record in the European competition, lifting 220kg (just over 34.5 stone!) Hicks is universally liked and respected and can boast over 62,000 followers on his Instagram account.

Hicks was born in the north-western coastal town of Morecambe in 1985. Always athletic as a child, he was a particularly keen football player and didn’t start bodybuilding until his mid-20s. Shortly afterwards, a friend invited him to try strongman training. He made an immediate impact: Competing in the under-105kg category at England’s Strongest Man 2010, he finished third overall. In 2011, he began participating in open-weight competitions, and the following year, he burst onto the international stage, finishing fourth in a Europe’s Strongest Man qualifier and fourth at Britain’s Strongest Man 2012. 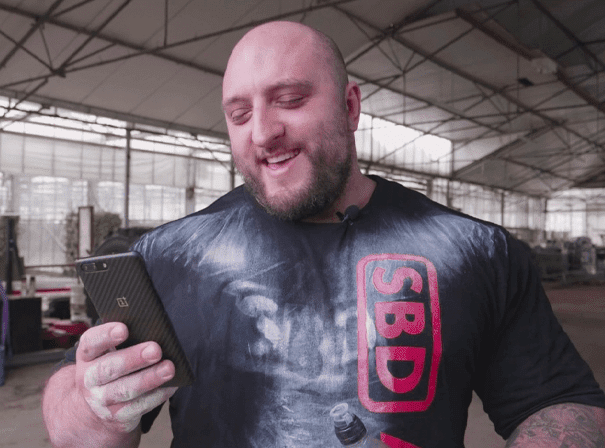