The former Prime Minister of Belgium, Guy Verhofstadt is a prominent politician who has been a Member of the European Parliament (MEP) since 2009.

After starting his career in politics, Verhofstadt began climbing the ranks of the VLD party as an MP before becoming the Deputy Prime Minister followed by the Minister for the Budget. In 1999 Verhofstadt became Belgium’s 47th Prime Minister and the country’s first liberal leader in over 60 years. He remained in office for eight years before becoming an MEP and the leader of the Alliance of Liberals and Democrats for Europe Group (ALDE) in 2009. In this role Verhofstadt has supported greater integration within the EU and called for reform, arguing that more focus should be placed on key problems faced by Europe and the world. Before stepping down from this role in 2019 Verhofstadt also acted as the Parliament’s Brexit coordinator.

Verhofstadt remains an active member of the MEP, making regular media appearances across Europe. As an author, Verhofstadt has written extensively on Europe, having published several books including The United States of Europe and Europe’s Last Chance. Alongside his career as a politician, Verhofstadt is on the board of directors for multiple organisations and is affiliated with non-profit organizations including Friends of Europe and European Movement International. Of his many honours and awards, Verhofstadt has been named a Minister of State, by Royal decree in Belgium and in 2019 at The Parliament Magazine’s annual MEP Awards he was awarded an Outstanding Achievement award. 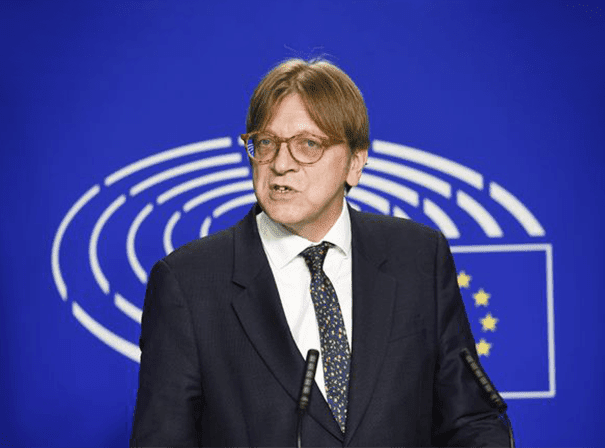