As the first transgender athlete to play professional hockey, trailblazer Harrison Browne is a true pioneer for LGBTQ rights. Browne was part of the National Women’s Hockey League (NWHL) and won a championship with both the Buffalo Beauts and the Metropolitan Riveters. During his time in the NWHL he has aided both transwomen and transmen in their participation of professional sports by helping form the first ever professional sports transgender policy. Since retiring, Brown has spoken on panels at colleges and LGBTQ events including Outsports pride, and was recognised as one of hockey’s 100 Top People of Power by The Hockey News in 2016. Browne is also special ambassador for the Hockey Is Everyone initiative by the National Hockey League and the NWHL advisory board’s appointed Inclusion Leader.

Hailing from Oakville, Ontario Browne began his college hockey career at Mercyhurst University before transferring to the University of Maine. Following graduation, Harrison joined the Buffalo Beauts of the NWHL, and was named to the All-Star team in 2017. Browne’s decorated hockey career also saw him win a silver medal in Stockholm for Team Canada in the U18 Championship in 2011 and a silver medal for Team Ontario at the 2011 Canada Winter Games.

With success both on the pitch as a player and since retirement as a leading LGBTQ campaigner and activist, Browne has announced he is launching a new career as an actor, and he plans to continue his work towards more transgender visibility. 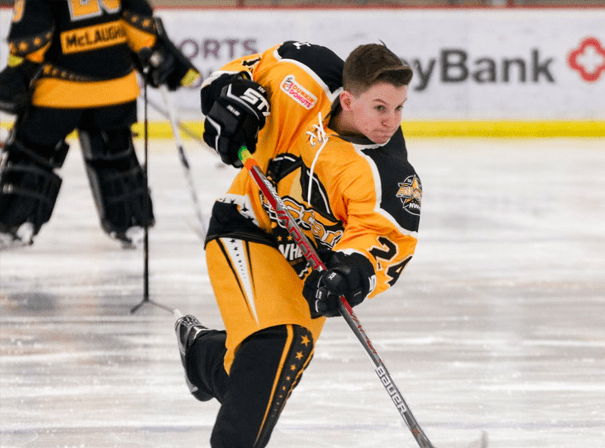