Howard “Howie Schwab” is also dubbed “The Sultan of Sports Trivia”, and is best known as the sports trivia expert and final opponent on ESPN’s Stump the Schwab game show, hosted by acclaimed anchorman Stuart Scott. The show aired on both ESPN2 and ESPN Classic (as well as Canada’s The Score Television Network) from mid-2004 to late-2006. Every episode of the show featured three contestants each trying to defeat Howie Schwab in a sports trivia contest. Each episode had three rounds, “Leading Off”, a second round which featured a different game each time, and “The Schwab Showdown”. Schwab’s overall record in the showdown over the show’s four season run was 64-16.

A native Long Islander, after graduating from St. John’s University in 1982, Schwab served as the editor-in-chief of College & Pro Football News Weekly in the mid-80s before landing a job at America’s premiere sports network ESPN in 1987. Over the next decade he rose through the ranks to become the coordinating producer for ESPN’s studio production, working on the programmes SportsCenter and Outside the Lines. He was also the resident Couch Potato on ESPN’s First Take, a segment that aired on a weekly basis in which he would talk through the TV lineups for the upcoming weekend. In 2014, after leaving ESPN, Schwab joined the game show spin-off Sports Jeopardy! As a consultant and writer. A famous figure in the world of sport and sports journalism, Schwab is a fantastic ambassador for sporting passion and will continue to immerse himself in the world he loves. 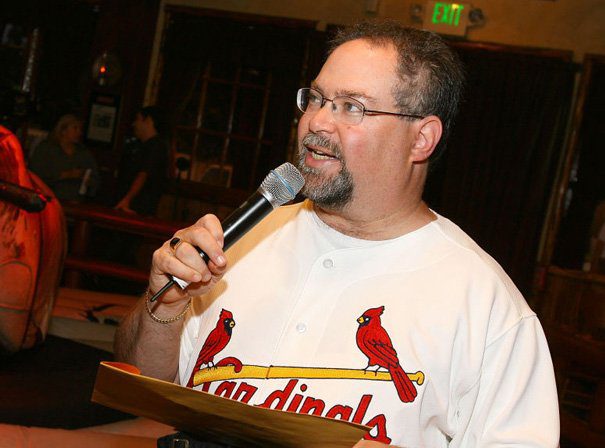