Belgian taekwondo athlete Jaouad Achab is a World Championships and European Championships title-winner, and a Universiade gold medallist. He currently competes in the -63kg and -68kg divisions, and has held the No. 1 spot in the World Kyorugi Ranking.

Achab’s early taekwondo career saw him take a series of medals at Open events across Europe, including golds in Belgium, Trelleborg, Germany and Spain. He would reach new heights in 2014, taking further gold medals at the Luxor, Fujairah and Swiss Opens, making his Grand Prix debut in Suzhou, and winning his first European Championships title at the biennial competition in Baku. Already established as one of the taekwondo world’s brightest stars, Achab would join the sport’s most decorated ranks when he won gold at the 2015 World Championships in Chelyabinsk, defeating the Spanish Olympic champion Joel González in the final. The feat meant he became the first athlete from Belgium to hold a World Taekwondo Championships title.

Following his Worlds win, Achab continued to dominate at international competition, taking a Summer Universiade gold in Gwangju and successfully defending his European Championships title at the 2016 tournament in Montreux. To date, he has scored over 30 medals at Open Tournaments, and has twice climbed the podium at the Grand Prix. Achab again claimed continental victory when he took gold at the 2019 Extra European Championships in Bari, and later qualified automatically for the following Olympic Games to be held in Tokyo. 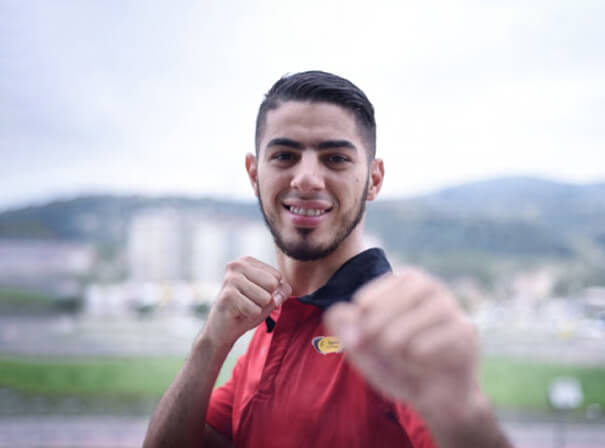