Nicole Maxine Michel-Millar, better known as Nicole Millar, is a Canadian-Australian electronic, indie pop singer-songwriter who is has gained renown as the featured vocalist on ‘High’, by Australian duo, Peking Duk. The track got to No 5 on the ARIA Singles Chart and was later certified triple platinum by the Australian Recording Industry Association.

The track was co-written by Millar and was eventually listed as No 2 on the Triple J Hottest 100 in 2014. At the ARIA Music Awards in 2014, she won a trophy for Best Dance Release with the group.

As a soloist, Millar’s most famous work is her debut extended play, Tremble, an EP released in 2016 to critical acclaim. The EP peaked at No 53 on the ARIA Singles Chart and in 2017 it was certified gold for sales in excess of 35,000 copies.

Millar’s debut album was released in 2018, titled Excuse Me, and peaked at No 8 on the ARIA Hitseekers Album Chart. In 2018 she embarked on a national headlining tour and in the following year, she released her single, titled ‘Favours’, followed by her latest release, ‘4U’ in the 2020. 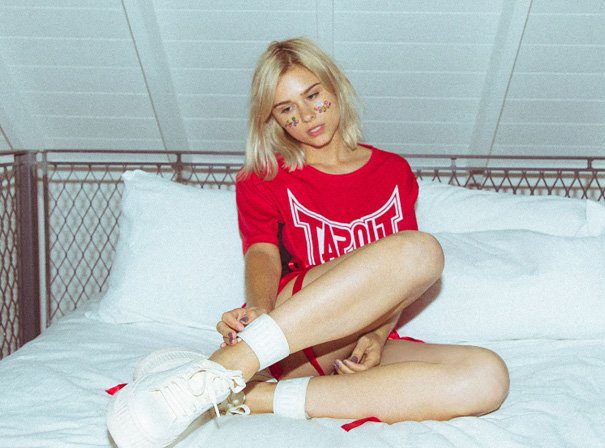