Inspirational Sharon Wood is the first North American woman to reach the summit of Mount Everest, and the only woman to do so without Sherpa assistance. The American Alpine Club named her “Mountaineer of the Year” in 1987, and she is also a successful business owner, in-demand speaker and a prolific writer. Her highly acclaimed book Rising: Becoming the First North American Woman on Everest is a fascinating account of the risk, reward, and her motivation to climb mountains.

Wood was raised in Vancouver, British Columbia and moved to the Canadian Rockies as a teenager where she began rock climbing, first as a hobby then as a climbing instructor. After earning her Climbing Guide status, she began climbing as many mountains as she could, and by 1977 she has conquered the highest mountain in Canada, Mt. Logan. Wood joined a Canadian team in 1986 that set off to reach the peak of Everest without Sherpas and carrying their own equipment. Given a 17% chance of success, Wood and the team were undeterred, and she reached the summit with one other teammate, her incredible achievement earning her the prestigious Tenzing Norgay Trophy.

Wood now lives in the Canadian Rockies and continues to climb closer to home, teaching climbing at Canmore’s Elevation Place and running an introduction to mountaineering course for Yamnuska Mountain Adventures. When she isn’t on the mountains, she can be found motivating audiences across Canada, America and beyond with tales of her incredible adventures. 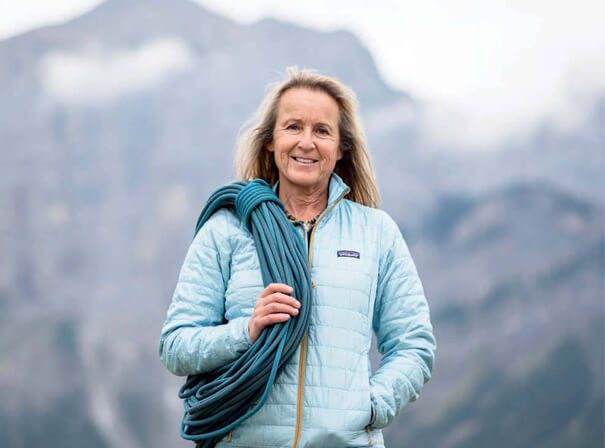