British parasport athlete Sophie Hahn MBE has achieved an incredible amount since bursting onto the world sprinting scene back in 2013. At a glance, she has won gold medals at two Summer Paralympics and one Commonwealth Games; she also has seven World Championship gold medals and five European Championships ones, making the first-ever female to hold gold medals from all four major tournaments. If that wasn’t enough, she has broken the 100-metre T38 sprint record twice. Finally, she has a boarding house at Loughborough’s Amherst School named in her honour.

Hahn, who was born in Nottingham in January 1997, has cerebral palsy. She became fascinated by sprinting as a teenager, after watching the 2012 Summer Paralympics held in London, and determined to try it for herself. She was accepted by a local athletics club, and under a year later, she won both the 100 and 200-metre races at the England Athletics Senior Disability Championships. This saw her qualify for her first World Championships, and in July 2013, she not only won the 100-metre race but also set a new world record. When this was beaten in May 2014, Hahn had set yet another new one within 24 hours.

In 2016, Hahn made her Paralympics debut in Rio, characteristically winning gold and helping Team GB to win silver in the 4 x 100-metre relay. She successfully defended her gold at the 2020 Games in Tokyo. Her most recent major medal was a silver at the 2022 Commonwealth Games in Birmingham, taking her career major medal total to an incredible 14 in just nine years. 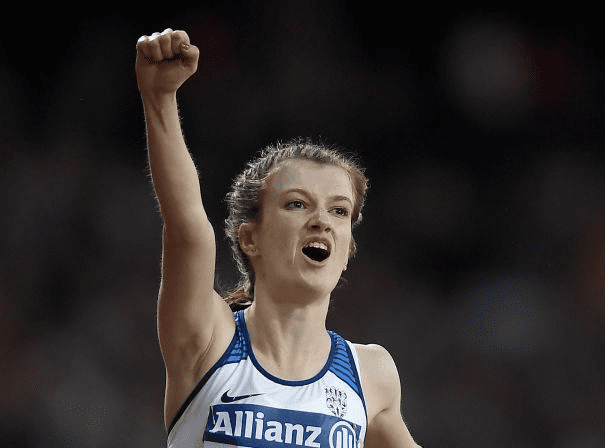