Popstar-turned-TV personality Suzanne Shaw rose to fame after winning the talent contest Popstars, forming the pop phenomenon Hear’Say alongside fellow contestants. Hear’Say went on to release several No 1 singles, and become one of the most successful pop groups of the late ‘90s. She has more recently returned to reality TV, winning the third series of ITV skating show Dancing on Ice, and appearing in the ‘All Stars’ talent series. Her acting talents landed her a central role in the much-loved and long running soap opera Emmerdale, in which she played Eve Jenson.

Voted Celebrity Mother of the Year in 2008, Shaw is an established presence in musical theatre, and a pantomime regular who has played the likes of Cinderella at the Birmingham Hippodrome, toured in Funny Particular and starred in the White Christmas musical at the Lowry Arts Centre. West End shows such as Chicago and The Vagina Monologues have seen her excel on stage.

Her singing career has seen Shaw record the likes of ‘Calling’ for Koishii & Hush, which charted highly in both the US and UK. She also has extensive experience as a presenter, having appeared on live gameshow Bingolotto on Challenge, and presented the UK Kids Choice Awards in 2008. Suzanne Shaw is a varied talent with abilities that stretch between the stage, screen and studio. 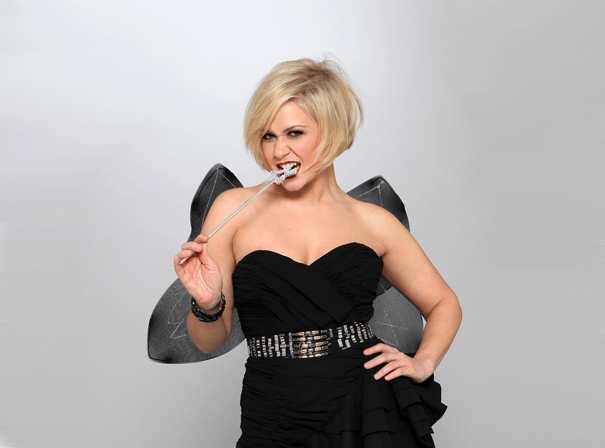