Brazilian mixed martial artist Viviane Araujo has been professional for over five years and currently competes in the flyweight division of the UFC.

Araujo grew up playing sports, playing football before taking up jiu-jitsu. She realised she had a love for martial arts and trained to become a jiu-jitsu coach, eventually taking up mixed martial arts in her home country of Brazil. In 2015 she made her professional debut as a strawweight, competing in the Jungle Fight and NP Fight Brazil before being signed with Japanese promotion Pancrase in 2017. It was around this time that her career really took off, with Araujo gaining recognition and a bigger fanbase thanks to her performance at the Pancrase Strawweight Championship where she took home the title. The following year she was snapped up to join the Ultimate Fighting Championship, competing in the bantamweight division of the world class promotion. She has competed in fights all over the US, and this has raised her profile even further as she reaches new fans and admirers around the world. She often uses her platform to raise awareness of violence against women around the world, speaking out about her and her mother’s experiences of domestic abuse.

WIth 10 wins to her name, Araujo’s career continues to go from strength to strength and she is a rising star in the sport of mixed martial arts. 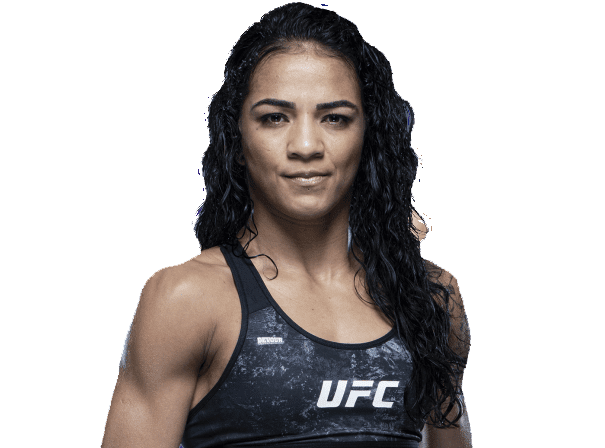