Known to Soccer fans worldwide as Xavi, Xavier Hernandez Creus has sealed his place as one of Spain’s all-time greats. Spending all but four of his 22 playing years with Barcelona, he made over 500 appearances for the Spanish giants, winning eight La Liga titles, four UEFA Champions League titles, and numerous other domestic and international cups. With Spain, he won the World Cup once, European Championships twice, and even an Olympic medal. The most successful Spanish Soccerer ever, his list of personal accolades is enormous, ranging from Spanish Sports Personality of the Year to World Soccer Player of the Year. After finishing his playing career in Qatar with Al Sadd, he has recently become their manager.

Xavi’s Barcelona career began in 1997 with their B team, who play in the third-tier of Spanish Soccer. He made over 60 appearances for them before being promoted to the first team, making his senior debut in during the 1998/99 season. He was an instant hit, making 26 appearances, winning his first La Liga and being named the league’s Breakthrough Player of the Year. In a sport known for its fickle nature, Xavi proved an exception to the rule, remaining at the heart of the Barcelona team for over 15 years. During this time, he became club captain and became part of Soccering history when he was part of two league, cup, and European cup sides, making Barcelona the first team in history to win two such trebles.

In 2015, aged 35, Xavi moved to Al Sadd, where he continued to win domestic tournaments. He retired in 2019, immediately becoming the club’s manager. He’s now looking to emulate his playing success from the dugout. 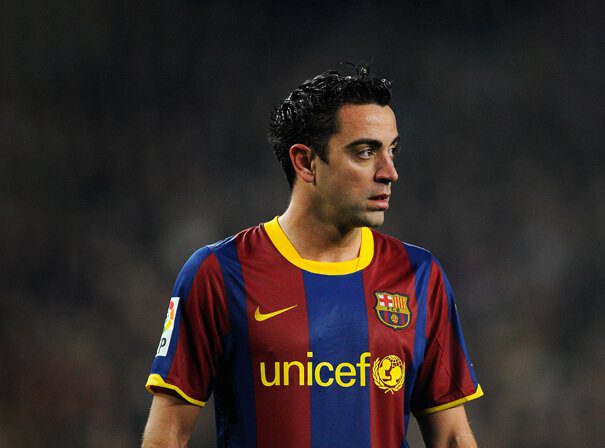