Following a record-breaking tenure at Florida University, Cleveland Browns wide receiver Antonio Callaway is set to solidify his place as one of the NFL’s brightest future prospects. After several impressive performances throughout the opening games of the 2018 season, Callaway became the Browns’ starting wide receiver and continues to show devastating form in 2019.

Selected by CBS Sports to feature on the 2015 College Football All-America Team, Callaway wasted no time showing off his skills immediately after graduating to Florida University. He finished his first season as the team’s leading receiver with 35 catches for 678 yards, an all-time college record, scoring four touchdowns in a defiant entry to high-level football. Upon graduating, Callaway was an obvious choice in the 2018 NFL Draft, quickly securing a four-year deal with the Browns and debuting in their opening game against the Pittsburgh Steelers. His first defining performance came against the New Orleans Saints during week two, securing his first career touchdown reception on a 47 yard pass and ultimately leading to his selection as a starting regular for the team. Leading the Browns with five receiving touchdowns by the end of the season, tied third among NFL rookie Wide Receivers, Callaway proved himself to be an essential force for the team.

Despite his obvious commitment to personal excellence, Callaway is not unfamiliar with giving back to the community, volunteering at several Browns training camps, selecting the American Cancer Society as his charity of choice during the My Cause, My Cleats campaign and putting in hours of his free time feeding the hungry at the Greater Cleveland Foodbank. A phenomenal young player and effortlessly likeable character to boot, Callaway is a welcome addition to Football’s highest tier. 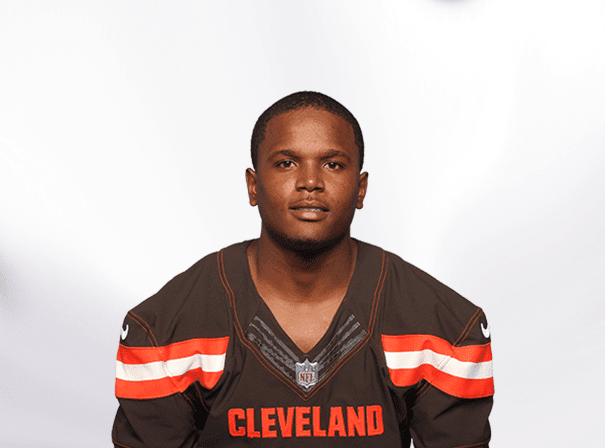