The dedicated Austin Petersen is a writer, broadcaster, political activist, commentator, and producer, who currently hosts the Morning Show on KWOS. He is the founder and Editor-in-Chief of The Libertarian Republic, and ran for the US Presidency in 2016 and the US Senate in 2018. He is the owner and chief executive of Stonegait LLC, a for-profit consulting firm specialising in photo and video services.

Born and raised in Missouri, Petersen attended the Southwest Missouri State University where he studied musical theatre. He moved to New York City after graduating to a pursue a career in media. He was the Director of Production at FreedomWorks and an Associate Producer for Judge Andrew Napolitano’s show, Freedom Watch, on the Fox Business Network. As a publisher and professional pundit, he grew The Freedom Report podcast into a top audio news source, with an average of one million monthly downloads, and turned The Libertarian Republic into a powerful online news source for the public, with an average of 1.5 million unique visits monthly. His work has appeared in Getty, Reuters, the LA Times, NBC, and Time Magazine. He is also a frequent contributor on TV, appearing on such shows as Fox News, and Fox Business, and on local radio. 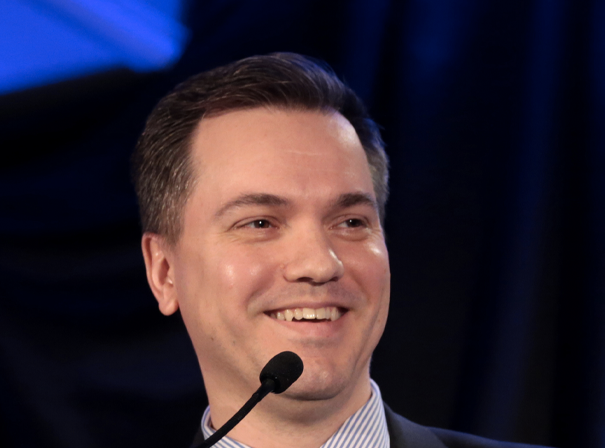