NFL star Austin Seibert is a placekicker for the Detroit Lions. He was drafted in the fifth round of the 2019 NFL Draft by the Cleveland Browns after playing college football at Oklahoma. In February 2019, Seibert featured in the NFL Combine. A video of him training for the Combine in a private session in Phoenix, Arizona was uploaded to YouTube by the channel Kohl’s Kicking Camps and garnered more than 25,000 views. The Cleveland Browns selected Seibert in the fifth round (170th overall) of the 2019 NFL Draft. In May 2019, Seibert signed his rookie contract with the Browns. Out of training camp, Seibert was named to the Browns’ 53-man roster. In the Browns’ 2019 regular-season opener against the Tennessee Titans, he made his NFL debut. In the 43–13 loss, he made one of two extra point attempts. He made his first career field goal in the Browns’ Week 2 win over the New York Jets, kicking three field goals in the Browns’ 23–3 victory.

In September 2020, the Cincinnati Bengals claimed Seibert off waivers. During the 2020 season, Seibert appeared in four games for the Bengals. The Detroit Lions signed Seibert in September 2021. That season, he was 10-for-12 before undergoing successful surgery on his adductor muscles. He keeps up with his fans on Instagram @bigseib, where he has more than 2,500 followers. 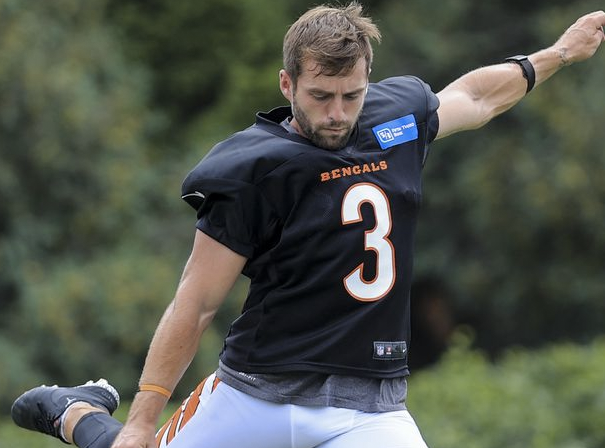