Big-hearted Brett Hundley Jr. is an Football quarterback who has enjoyed success on the field and gives back off it through his work with the Hundley Foundation — a non-profit organisation he co-founded in 2019 to help those affected by epilepsy (the other co-founder, his sister Paris, suffers from the condition). A pro footballer since 2015, Hundley Jr is currently signed to NFL side the Indianapolis Colts, a club he joined during summer 2021.

Hundley Jr was born in Phoenix, Arizona, in 1993. His football career began during high school where he built a 16-8 starter record and was named the second-best dual-threat quarterback by sporting website rivals.com. After graduating, he joined UCLA, where he redshirted (essentially skipped a year of playing, meaning his four years of eligibility began from his second year of college). When his college football career finally got underway, he excelled, breaking the school career record for total offense and almost overtaking the school records for passing yards and rushed yards.

Unsurprisingly, he was snapped up in the NBA Draft, being chosen by the Green Bay Packers. He spent three years with the NFL giants, making 18 starts for them. He was then traded to the Seattle Seahawks before moving to the Arizona Cardinals in a deal worth just shy of two million dollars. He stayed with the team for two years before signing with the Indianapolis Colts. He is hugely popular on social media, with an Instagram presence of over 116,000 followers who keep track of both his sporting success and his charity work. 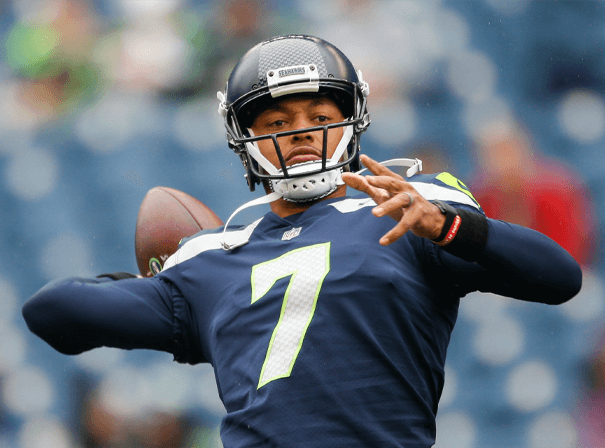