Cat Osterman is a trailblazing American softball player that has managed to cultivate a legion of fans both on and off the pitch. Osterman played a key role in leading the softball team of the University of Texas to the Women’s College World Series in 2003, 2005 and 2006. The dedication and skill Osterman displayed as a starting pitcher earned her a jaw-dropping succession of titles including being the only player to win USA Softball’s National Player of the Year three times, being a recipient of the NCAA Today’s Top VIII Award in 2006 and NPF Pitcher of the year in 2013 and 2014. The Softball queen is no stranger to sporting Halls of fame as the State of Texas recognized their beloved athlete in 2013 by inducting her into the Texas Sports Hall of Fame in 2013 followed three years later by an induction into the World of Little League® Hall of Excellence.

In 2004, Osterman became the youngest member of the USA team to win a gold medal in Athens, initiating the start of an illustrious Olympic career. In the 2008 Beijing games, Osterman remained undefeated throughout her 28 appearances for her national team, thus winning her second Olympic gold medal. As a current member of the USA national softball team, she is currently looking forward to participating in the postponed Summer 2020 Olympics, proving her excellence shows no signs of slowing down. Juggling Olympic training and a career in coaching has not detracted from Osterman’s cultivation of a celebrity status following appearances on the covers of Sports Illustrated and ESPN The Magazine and endorsements from Under Armour and Wilson. 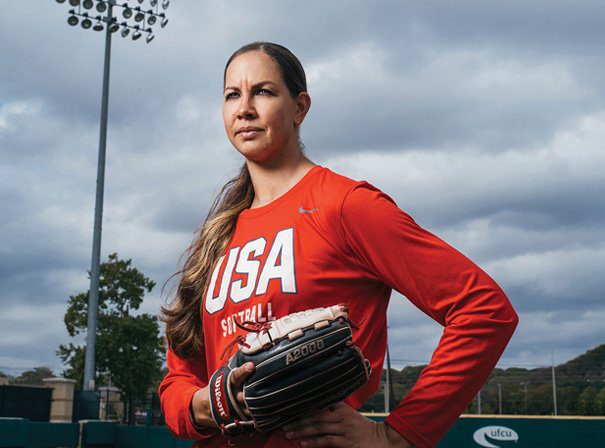